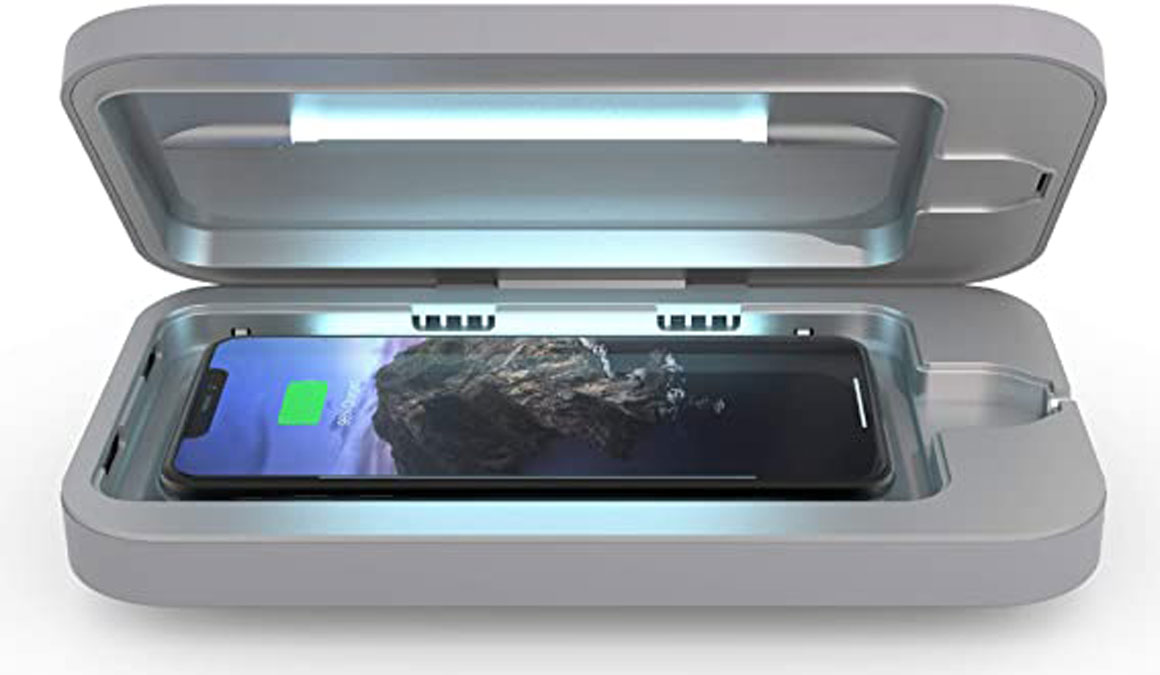 With the global pandemic and the general awareness of bacteria and germs, it is apparent that we want something to clean our stuff up.

Now it is not easy to clean up your phone or watch well and without the risk of harming them. Here’s where I thought today’s object would come in handy. So, I am going to share my thoughts on PhoneSoap Wireless with you. 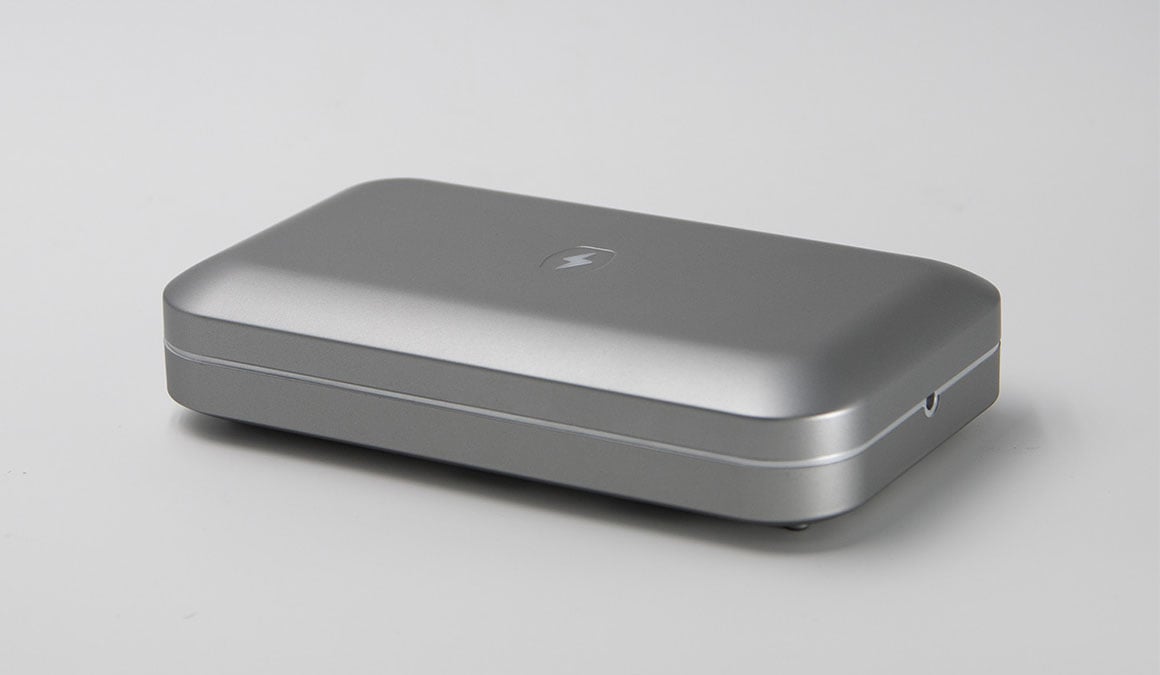 First off, it looks neat. Mine’s gunmetal grey, and it is nice and smooth. Honestly, it looks like something from a sci-fi movie or game. Then you open it up, and there is the compartment with two narrow tubes of UV lights on the sides and the round tablet in the middle. All these are under a transparent shield. My guess is that’s to have space under the phone to clean it.

The lead also has an indent with another UV tube. The rest of the lid is closing snugly, so there will be no “leaking” of the UV. There’s a port for the AC plug and a USB port on the back. 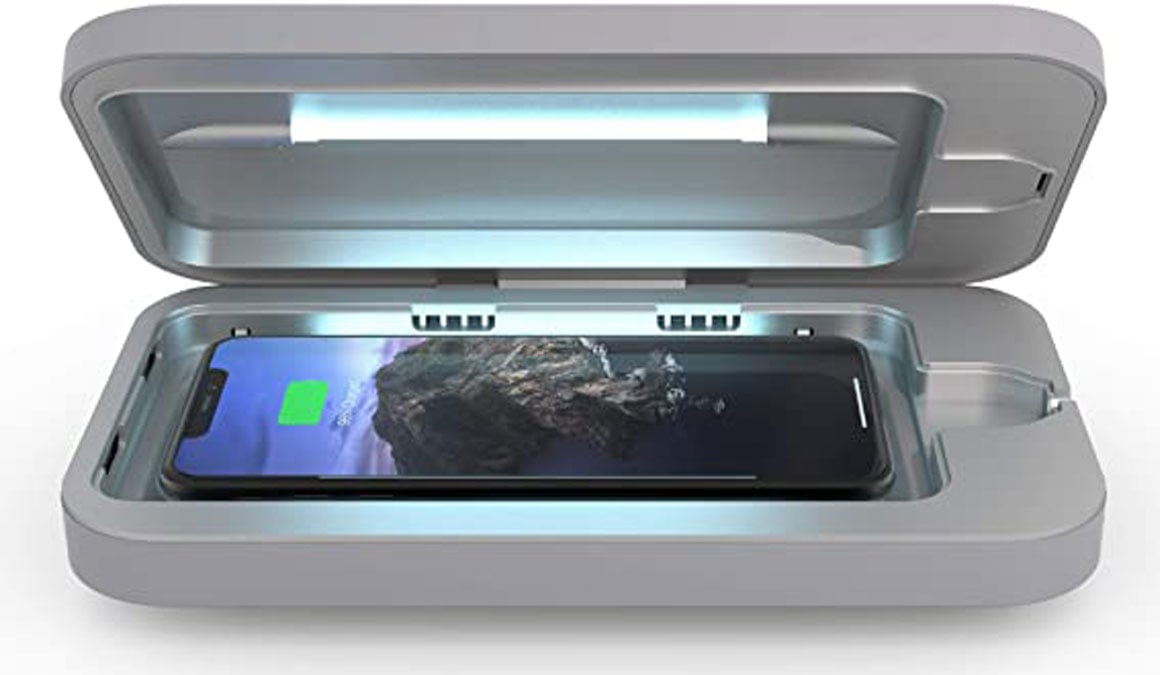 Now to the function. It is supposed to eliminate the germs and wirelessly charge the phone simultaneously. Let’s start with the sanitization feature.

While I don’t have a lab to determine if there are any germs left after the cycle, I can tell it does apply the UV-C all around the phone or whatever you put inside; you just need to pay attention to put things in a single layer. The lightbulbs are UV-C, and as far as one can tell, they work fine. 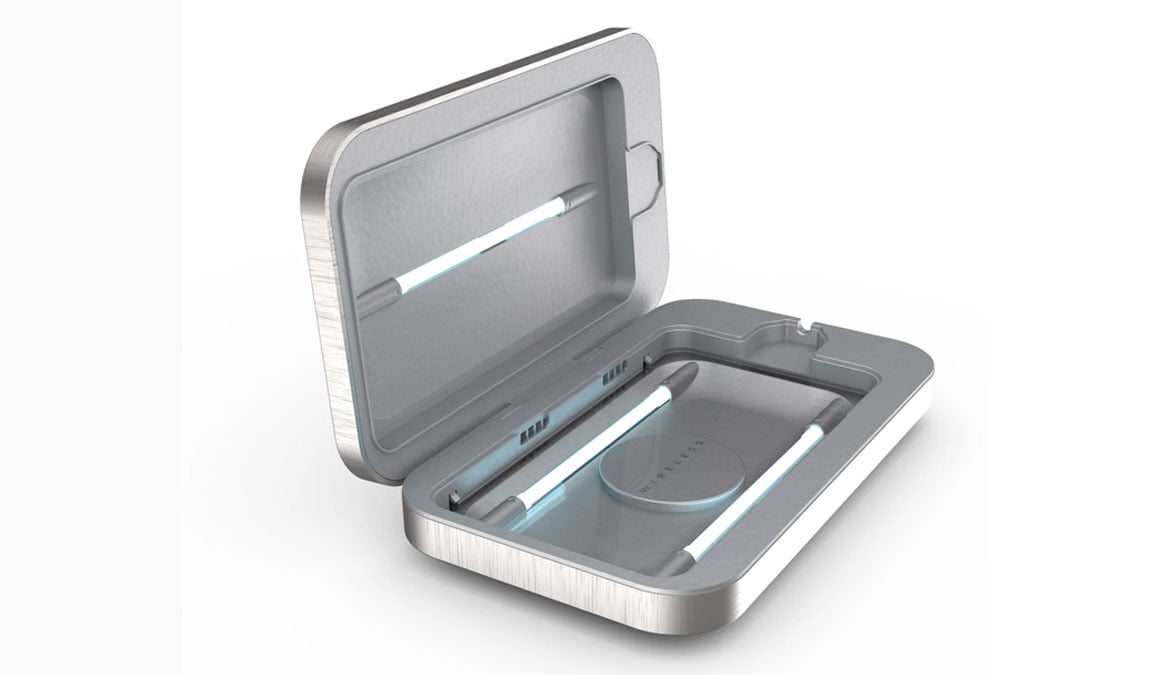 The wireless charging part is a little bit more difficult. The charger bit (that round tablet in the middle) is under the transparent shield. And there is some space between the shield and the charging bit, it would seem. This may cause some problems if your phone’s range is low or you have a thick case on it.

Well, the thick case is a problem for most wireless chargers. I had no problem with it, to be sure, but I can see where those could occur.

The device turns on when you close it. And it turns off automatically in about 10 minutes. The wireless charger works as long as the thing is plugged in and the phone is inside.

While I wish it had a switch, I get why they would want to avoid it. The best practice is you don’t want to take the item out before it is sanitized, which means a full cycle. The idea is without a switch, you will have to keep it in for an entire cycle. However, I would put a turn on button on it, one that cannot turn it off but can turn it on, so you don’t have to unplug it every time. 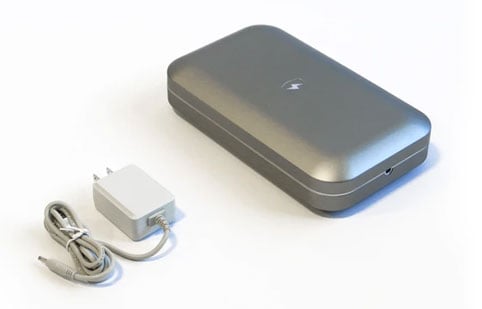 The little downside? The plug is not the most convenient one. The plug itself is on the bulky side, and the cord is on the shorter side. This really limits where in the house you can put it. Not a big deal, but it is a bummer still.

Another point, especially valid for someone like me, who wears glasses and some bulky jewelry, I would prefer a larger box. Perhaps I should look at their Home box; it seems to be large enough.

All in all, this is a great product if you want to keep your stuff germ-free.